How to Safely Choose the Correct Typeface

Before we begin, I feel it only appropriate to preface this article with a public service announcement, brought to you today by Pi Design:

Friends don’t let friends use comic sans.
Together we can overcome.

With that out of the way we can now proceed.

You might be thinking to yourself (at least I hope you are), “Who in their right mind would choose to use that typeface for a wanted poster?” This example is clearly a dramatization to illustrate a point, but I kid you not, the poster was based on a real life example: 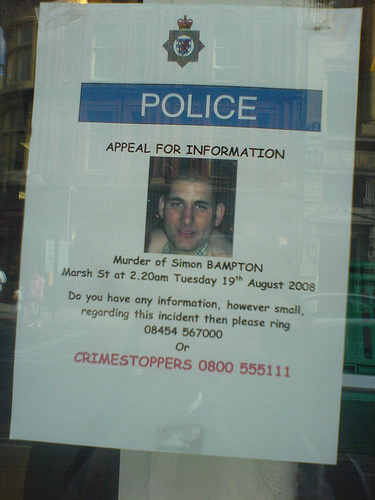 Choosing typefaces to use for your project isn’t something that can be determined by answering a few predefined questions. There isn’t a set of rules that are written in stone that designers can refer to, but we instead rely on years of education and experience to lead us to the best choice. When faced with the task of choosing a typeface, many factors must be considered, but among these, content, media, and audience should be considered foremost.

“Did you ever feel like the whole world was a tuxedo
and you were a pair of brown shoes?”

When the wrong typeface is chosen, your reader might not be able to express what it is exactly that is wrong with your piece, but they can just feel it. In order to ensure that your intended message is communicated as strongly as possible, the chosen typeface should not contradict it, but instead should help to support the message. If your message is meant to be taken seriously, then a more conservative or traditional typeface should be used. If you’re creating an invitation for your nephew’s 4th birthday, then your choice should reflect the lightness and youthfulness of the event.

The use of the comic-sans typeface in a business and commercial setting, is an extreme, and sadly, common example of the wrong typeface in the wrong place. I’m not saying that there isn’t a place for comic-sans (there’s always some dark, forgotten corner of the closet under the stairs), but that there’s the correct situation to use it.

When all is said and done, where is your message going to end up? Is it going to be read on a billboard, computer or television screen, t-shirt, or magazine? Is it the headline or intro to an article, or the article itself? How is it getting printed and what is it getting printed on? These are only a few of the variables that need to be addressed when choosing a typeface.

Often times people will choose a typeface from within their own personal vacuum, by which I mean, they pick a font because for some reason, they just like it. What they fail to take into consideration is that other people, besides themselves, are also going to be interacting with it. When designing for an audience, its age, sex, culture, and even physical health must be taken into account.

Without taking a look at all these factors, you risk the possibility of alienating a whole segment of the population. While in some cases this may be your intended goal, in the event that it is not, the efficacy of your efforts can be greatly reduced. If your intended audience is made up of senior citizens, most likely experiencing some level of vision impairment, using a small, light, and delicate typeface might not be the best choice.

5 Tips to Choosing a Typeface